Buy Tickets for the Gala 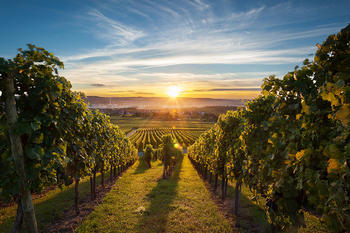 This year’s Gala will feature an exciting live auction following dinner and the program. Bid on a 3-night Wine Tour of Napa Valley or a 3-night Culinary Tour of New Orleans.

Get ready to “Raise Your Paddle” to support the Veterans and the Arts Initiative. Your gift, no matter the size, will directly support access to programs the Hylton Center has provided to over 10,000 of our community’s Veterans, Servicemembers, their families, and community members since 2014. Your support will help to keep their programs free and accessible for all. 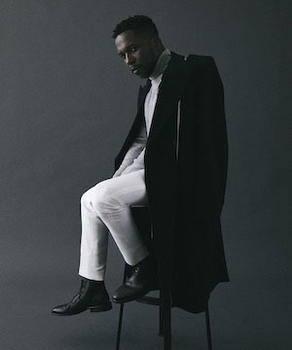 Known globally for his thrilling Tony Award-winning performance as Aaron Burr in the hit musical Hamilton, the Hylton Center is excited to present Broadway superstar Leslie Odom, Jr. in concert in Merchant Hall for the 12th Anniversary Gala! Odom, Jr. is a multifaceted performer whose career spans theater, television, film, and GRAMMY Award-winning music. The concert is on Saturday, April 30 at 8 p.m., and tickets are included with your Gala sponsorship or ticket purchase.

9:30 p.m. Dessert Reception in the Large Rehearsal Hall (Gold+ Sponsors and their guests)

Gold+ sponsors and their guests will enjoy an elegant dessert reception following the Leslie Odom, Jr. concert in the Large Rehearsal Hall. 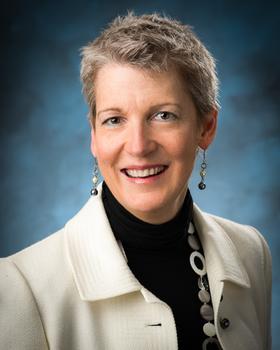 Lovey Hammel has spent more than four decades as the President and Co-Founder of Employment Enterprises, Inc. Recognizing a need in the marketplace, her entrepreneurial spirit drove her to start the company with her mother, Jana Yeates, in 1980. Working during the day and attending George Mason University at night, Lovey devoted her time to helping others find jobs. She graduated from the Mason School of Business in 1988 and has continued her entrepreneurial work.

Lovey is a prominent supporter of her alma mater and has received many accolades relating to her leadership and service to the University. She has also served on numerous Mason boards, including the Mason Board of Visitors, to which Governor Tim Kaine appointed her. Lovey’s service extends beyond Mason to the business community serving as Chair of both Northern Virginia Chamber of Commerce (2012-2013) and Prince William Chamber of Commerce (2002-2003). She’s been married to Tom Hammel for 44 years, has one entrepreneurial daughter, and five grandchildren to move the next generation towards an entrepreneurial path. 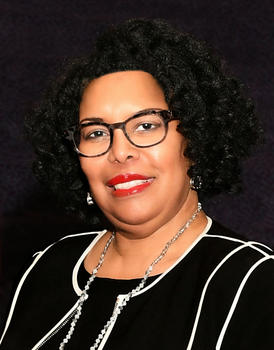 Denise McNeil McPhail is the Co-Founder and Executive Director of the Creative and Performing Arts Center, Inc. (CAPAC), built as a bridge to serve underserved communities. Under Denise's direction, CAPAC has served 500+ children. At the heart of Denise’s success is her belief that the arts have the power to inspire community. Therefore, she has cultivated community partnerships. Currently pursuing an MA in Organizational Leadership, Denise holds a Bachelor of Individualized Studies in Performing Arts Management from Mason. She recently retired from 30+ years of civil service and resides in Prince William County with her husband, Commissioner Juan McPhail. Together they have twin adult daughters Ciarra and Simone McPhail. In her spare time, she enjoys family time, reading, calligraphy, and traveling.

All attendees at indoor events at the Hylton Performing Arts Center must present proof of vaccination against COVID-19 OR show a negative COVID-19 test result. Face coverings are required indoors for patrons ages two and up. Requirements for entry are subject to change. Read the full policy.

Thank You for Your Support